Advertisers should be intimately familiar with FTC substantiation investigation and litigation triggers, because the consequences of making false claims can result in, without limitation, civil penalties, consumer redress, and other remedies. By Richard B. Newman

The Federal Trade Commission requires advertisers to possess a “reasonable basis” for express and implied claims. The failure to do so constitutes an unfair and deceptive act or practice in violation of Section 5 of the FTC Act.

Substantiation is a key FTC enforcement priority. Advertisers should be intimately familiar with FTC substantiation investigation and litigation triggers, because the consequences of making false claims can result in, without limitation, civil penalties, consumer redress, and other remedies. Below are five claim substantiation mistakes made by affiliate marketers that are almost certain to result in unwanted regulatory scrutiny.

1. NOT POSSESSING THE PROPER TYPE OF EVIDENCE
What constitutes a “reasonable basis” for advertising claims can vary depending upon the nature and specificity of the claim. For example, a more rigid standard of randomized, double-blind, placebo-controlled studies remains the “gold standard” for substantiating health-related claims. In some circumstances, other types of scientific studies and data may be permissible.

What constitutes reasonable evidence these days? It depends.

2. DISSEMINATING "TREATMENT" OR "CURE" CLAIMS
The FTC aggressively polices advertisers that make baseless and overstated claims. Claims of “treatments” or “cures” for diseases like Alzheimer’s, cancer, heart disease, arthritis, opiate addiction, and others cause regulatory agencies to salivate. Unsubstantiated claims targeting vulnerable populations, such as children and the elderly, and claims exploiting emerging health threats, are routine enforcement triggers.

3. FAILING TO POSSESS PRE-DISSEMINATION SUBSTANTIATION
Lacking a reasonable basis before an ad is disseminated exposes advertisers to prosecution. It is not enough to possess the requisite level of substantiation after the FTC has initiated a regulatory investigation or lawsuit. This issue is often overlooked despite the fact that civil investigative demands often inquire as to what substantiation advertisers possessed at the time ads were disseminated.

Subsequent evidence of truthfulness will typically not absolve a marketer of liability for failing to possess prior substantiation for a claim.

4. MISSTATING WHAT SCIENTIFIC STUDIES HAVE FOUND
Just cherry-picking one good study is not a sound strategy. The FTC considers myriad factors when assessing the sufficiency of “reasonable evidence,” including, but not limited to, the overall body of evidence, statistical significance, where studies are published, if studies were conducted on humans, if tests were conducted independently, and whether advertisers possessed written opinions of experts in the field prior to dissemination.

5. IGNORING ENDORSEMENTS AND SOCIAL MEDIA
Endorsements must also be substantiated. Ads that feature endorsements from people who achieved exceptional, or even above average results, are a regulatory enforcement favorite. An example is an endorser who says she lost 20 pounds in two months using the advertised product. If the advertiser does not have proof that the endorser’s experience represents what people will generally achieve using the product as described in the ad, then an ad featuring that endorser must make clear to the audience what the generally expected results are. [FF] FeedFront | August 2019 | No. 47 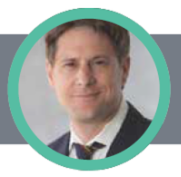 Richard B. Newman is an FTC compliance and defense attorney representing digital marketers in advertising substantiation actions and CID investigations initiated by the Federal Trade Commission and state attorneys general